Full Name
Mindy S. Goldstein PhD
Job Title
President
Company
Mindy S. Goldstein PhD, Consulting
Speaker Bio
Dr. Goldstein received her Bachelor of Science with honors in Biochemistry, Masters of Science in Pathology and PhD in Basic Medical Sciences from New York University in the area of UV and gamma radiation damage to DNA and DNA repair. She has been credited with more than 11 publications in scientific journals and books and has been awarded patents in the area of raw materials, encapsulation and controlled release.

Dr. Goldstein has been in the cosmetic industry since 1987 and is currently a consultant within the personal care, pharmaceutical and nutraceutical industries. Most recently, she held the position of vice president of research & development and product development for Atlantic Coast Media Group in Jersey City. Previously, Dr. Goldstein served as executive director, research & development, for The Estee Lauder Companies in Melville, NY. Her responsibilities included supplier contact for REACH activities, internal commercialization of new treatment actives for all of the Estée Lauder brands, troubleshooting formulation issues with active materials, encapsulation technology and identifying new platform technologies. She has also held director positions in R&D at Bath & Body Works, Lipo Chemicals and Collaborative Laboratories.

Dr. Goldstein was editor twice for the Journal of Cosmetic Science and currently is an advisor and reviewer for the Journal. She is a member of numerous professional and scientific organizations including the PCPC Nomenclature Committee where she is chair of the subcommittee on biotechnology, botanicals and ferments. Dr. Goldstein also serves as an advisor to Cosmetic and Toiletries magazine.
Speaking At
Product Development Instructor 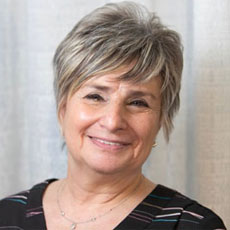