Full Name
Karen Yarussi-King
Job Title
President
Company
Global Regulatory Associates
Speaker Bio
Karen Yarussi-King is a regulatory professional with more than 25 years of experience managing regulatory affairs for some of the industry’s major brands. After obtaining her bachelor’s degree in political science in 1988 from Albertus Magnus College and completing her Master’s course work at the University of Pittsburgh’s Graduate School of Public and International Affairs in 1992, Ms. Yarussi-King worked for the US Department of Commerce’s International Trade Association and the National Environmental Technology Applications Corporation (NETAC). She joined Schenectady International in 1993, where she navigated chemical regulations in different roles. In 1998, she joined Avon, initially as a regulatory affairs associate, then a senior associate and eventually as program leader of regulatory affairs. She went on to serve in regulatory management roles for Honeywell’s Consumer Products Division (Prestone, Autolite and Fram), Limited Brands, Burt’s Bees and StriVectin before starting her own regulatory consultancy firm, Global Regulatory Associates, Inc. (GRA), in October 2013.

Ms. Yarussi-King, as president of GRA, has worked with several of the industry’s up-and-coming brands and IBA members. In her role, she has provided a wide variety of regulatory support and helped to take these brands into international markets. In addition to working with small and medium-sized companies, she is also a contributing writer to Cosmetics and Toiletries and Euro Cosmetics magazines.
Speaking At
Regulatory Instructor 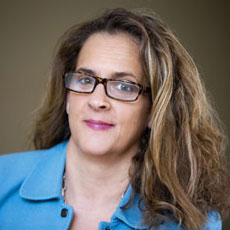